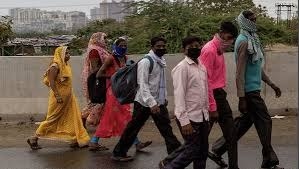 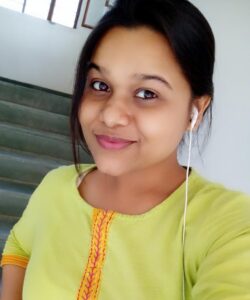 India is said to be a country with largest democracy in the world. The very idea of democracy derives its powers from the people. In words of Seeley, “Democracy is a government in which everyone has a share” which means that everyone has their voices to be heard. According to Maxey, “democracy is a search of way of life in which the voluntary free intelligence and activity of man can be harmonized and coordinated with the least possible coercion.” This statement indicates towards the importance and scope of dissent in a democratic society. Dissent is considered to be the core of a democracy, as it allows people to question the people in power and decently disagree to whatever absurd or irrelevant put up in the politics of a particular society.

When we analyze any democratic nation with the above mentioned ideas we come closer to reality of where does a country like India, which boasts of being the largest democracy in the world stands? In recent times we have come across several incidents and malpractices of neglecting a small section or communities of the nation in sake of gaining more and more political power.

In context of Indian politics after 2014, we have seen drastic changes in terms of policy making, policy implementations, constitutional amendments, reforms and what not. The way government is handling or we can say playing with the situation like demonetization, GST, abrogation article 370 from J&K, handling war like situations with Pakistan and China, neglecting of migrants during pandemic etc, seems to me like I am watching game of thrones with an Indian touch, where everything is fare for power and position.

No doubt government has touched millions of hearts (majority of capitalist, elite middle class section) for the great and pomp and show in the name of development and also somewhere managed to achieve the targets as listed in manifestos. But what about the people who are continuously left behind, these people include daily wage earners, minorities, women, Dalit women, OBCs, Sc, STs etc. Their stories are not shared, highlighted and discussed the way it is done with the celebrities or some politicians. The so called fourth pillar of Indian democracy the Media, the journalists, most of them serve as the medium to serve the ruling people. Reporting in today’s time has taken a back seat, for me and to many it seems like we are watching a daily episodes of some drama.

Role of media in today’s time is of commercial in nature, they sell those which is has a decent demand. The very of democracy and secularism are on regular attack by present insensitive media culture. There are very few journalists who are able to do justice with the ground reporting. The present notion of going local is undermined the way things are done and acted. Everything seems like a honey trap, every then and now, some or the other policy comes and tampers the old situation, without thinking about its consequences on the variety of people belonging to different sections, class, community, caste, gender and status.

A lot can be said and put but we can easily sense that something suspicious and deceitful may be cooking in the kitchen of the cabinet and these big media houses. As stories of poor, marginalized sections are so less in number in newspapers, TV, social media etc and stories of less importance and show run all day and week-long. And if my idea of seeing our democratic governance and media is wrong then why would we have been ranked as flawed democracy by EIU report, low ranks in HDI, low ranks in women participation as parliamentarian leaders, low ranks in gender inequality index etc.

I always think why there are so many discrepancies in the saying and running of the country? Why a dissenter from very reputed education universities in present time are seen as ‘deshdrohi’ polluted and corrupt mind? Is it necessary that we all have to sing the same melody, are we humans or robots?