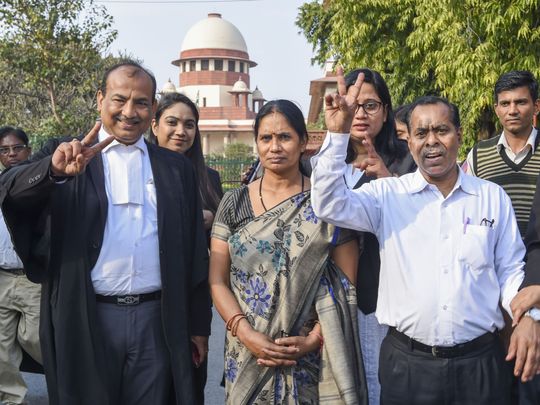 WHY SAHELI, A WOMEN’S GROUP, CONDEMNS THE HANGING OF THE DECEMBER 2012 CONVICTS.

Asks the country to stop the celebrations and start thinking!

As a women’s group that has been fighting violence against women for decades, seeking justice, safety and social awareness against crimes on women, we unequivocally condemn the execution of the four convicts of the December 2012 case of gang rape and murder. For many this may seem to be a contradiction, but not to us in the feminist movement. So once again, on this tragic and inhuman day, we share our core arguments:

• Capital punishment is not the answer because it has not deterred sexual or any other crimes anywhere in the world. Quoting from a joint appeal for commutation made to the President with 400 other feminists and groups in January 2020, we reiterate that “In America, where the use of the death penalty varies between states, homicide rates of states with the death penalty are 48-100% higher compared to states without it. Studies in Canada have illustrated that homicide rates remained significantly lower after abolition of the death penalty. And a 2018 multi-country study across 11 nations which have abolished capital punishment also affirms the same.”

• Death Penalty Only Kills The Rapists, and not the Rape Culture. A very high percentage of men unprivileged by caste, class and religion are sentenced to death, while those of upper castes and classes, assaulters within the family and acquaintances, godmen, teachers and leaders (rape by strangers is just about 1% of the total reported cases) often don’t even face a trial! Not to mention marital rape which remains a contentious issue not just within families, but from the point of view of law as well. In addition of course are the heinous sexual crimes committed on sex workers, as well as trans and gender non-conforming persons for whom even getting an FIR can be impossible.

• Today we are also reminded of the dalit, advasi and tribal women, women from nomadic and minority communities, in conflict zones such as Kashmir, the North-East and Chhattisgarh, etc, have been raped, mutilated and murdered by the men in the uniform, men in power. Yet the State fails to holds its own officers accountable.

The State is creating a false narrative that death penalty is a form of ‘justice’. In fact, death penalty is just a distraction from the terrible truth that the State is unwilling and uninterested in dealing with the causes of sexual violence. If anything it is often guilty of protecting those in power accused of such crimes.

WE WANT CERTAINTY NOT SEVERITY OF PUNISHMENT. For that is the only long term legal way to put a stop to sexual violence. And the rest of the work, we as citizens and a society have to do to put an end to cultures that allow and valourise rape!

AS FEMINISTS, OUR STRUGGLE IS FOR LIFE, JUSTICE AND DIGNITY NOT REVENGE AND DEATH